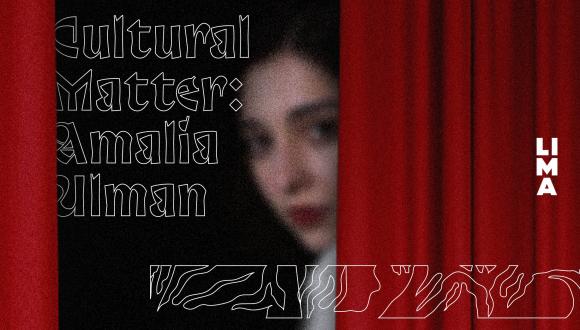 Amalia Ulman will be back for another talk, this time with João Laia, chief curator of exhibitions at the Museum of Contemporary Art Kiasma, Helsinki. Laia has a whole lot of knowledge about social sciences, film theory and contemporary art, which will give direction to the conversation. Again, there will be a possibility to ask questions via chat. Curators Sanneke Huisman and Jan Robert Leegte will be there to moderate the discussion following the talk between Laia and the artist.them.

João Laia is the chief curator for exhibitions at Kiasma – National Museum of Contemporary Art, Helsinki. He has a background in social sciences, film theory and contemporary art; his projects explore the embedded relations between social structures, technology and representation. Recent projects include Máscaras (Masks) and 10000 Years Later Between Venus and Mars (2017-18) at Oporto City Hall Gallery,  In Free Fall (2019) at CaixaForum, Barcelona, Vanishing Point (2019) at Cordoaria Nacional, Lisbon, Drowning in a Sea of Data (2019) and Transmissions from the Etherspace (2017) at La Casa Encendida, Madrid, foreign bodies (2018) at P420, Bologna,  H Y P E R C O N N E C T E D (2016) at MMOMA – Moscow Museum of Modern Art; or Hybridize or Disappear (2015) at MNAC – National Museum of Contemporary Art in Lisbon. Together with Valentinas Klimašauskas, Laia is co-curating the 14th Baltic Triennial at the CAC in Vilnius. (2021).

This edition of Cultural Matter questions, presents and discusses Ulman's work in the online space. An online space will be created especially for this exhibition where artist, speaker and audience meet. Two experts, Susan Gibb (Pt.I) and João Laia (Pt.II), will shed light on the work, Ulman's multidisciplinary approach and the performativity of online and offline platforms. They approach this from a critical and feminist perspective, which is so characteristic of Ulman's work.