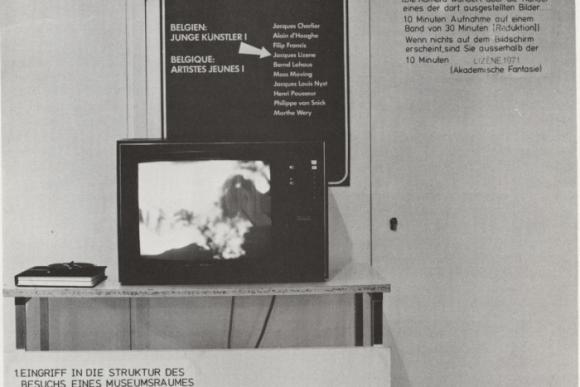 On the initiative of Gaby Wijers (LIMA), GAMA will organise a round table as part of the conference Video Matters at the Ludwig Forum Aachen

Update and Future of the Gateway to Archives of Media Art
The GAMA portal provided access to a wealth of information about the works of both well-known and emerging European and non-European media artists. The material on media art initially came from eight European media art archives and could be searched and browsed on this common platform. The art projects presented include (previews of) experimental film and video art, performances, installations and net.art; they are documented and further contextualised with texts, lectures and events. The portal was launched at Ars Electronica in 2009 by a consortium of 19 partners ranging from IT experts, academic and cultural institutions to archives and distributors. Since then the GAMA foundation transformed from a portal into a knowledge and project sharing group with a biannual public roundtable on media art archiving. In 2015 our roundtable will be hosted by Ludwig Forum and we want to open the GAMA network to museums and others.

Round table
Our new media art archives are under constant threat of deterioration, obsolescence, inaccessibility and disrupted funding streams. How to bring these media art repositories into the future? How to conceive in the future of media art archiving and preservation? How to work on this in a collaborative way? The panel discusses possible collaboration models for academies, museums, distributors and festivals how to share knowledge and responsibility.