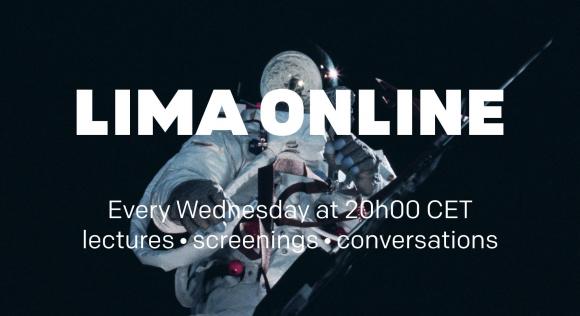 This program is part of the LIMA Online series that takes place every Wednesday at 20h00 CET. More information: bit.ly/LIMAOnlineprogram

The media artists Daniela de Paulis and Maria Molina Peiró reflect in their practice on the influence of technology and science on our ever changing view on the world - and planet earth - with a strong focus on human activities in space. In this edition of LIMA Online, De Paulis and Peiró will show work and engage in conversation

"We are all astronauts on a little spaceship called Earth" was famously said by the engineer and inventor Buckminster Fuller in the mid 1960s, in the midst of the human exploration of space.
Space travel has drastically changed human perspective on earth. An image like The Blue Marble, an iconic picture taken of the earth from the moon in 1972, was only possible because of great human inventions, but at the same time shows the earth as a small object floating in space: it makes us humans feel bigger and smaller at the same time. How does space travel affect our self image, and our image culture? .

Daniela de Paulis
Daniela de Paulis is a media artist, licensed radio operator (IU0IDY), trained radio telescope operator and former contemporary dancer. She has been artist in residence at the Dwingeloo radio telescope where she has developed the Visual Moonbounce technology for a decade. Since 2010 she has been collaborating with a number of international organisations, including Astronomers Without Borders, for which she is the founder and director of the Arts programme. She is a member of the permanent international SETI (Search for Extraterrestrial Intelligence) committee, the only worldwide forum for SETI scientists, and member of the METI (Messaging Extraterrestrial Intelligence) advisory panel.

Maria Molina Peiró
María Molina Peiró is a Spanish audiovisual artist and filmmaker based in Amsterdam. Her film and installations explore layered relationships between history, technology and nature. She is particularly interested in memory systems (from geology to digital memory) and the relation between cinema and science. Her videos and video installations have been shown in art centres worldwide and her films have been shown at film festivals such as  International Film Festival Rotterdam IFFR, Rencontres Internationales, BFI London Film Festival, International Film Festival Oberhausen, Krakow Film Festival among many others.