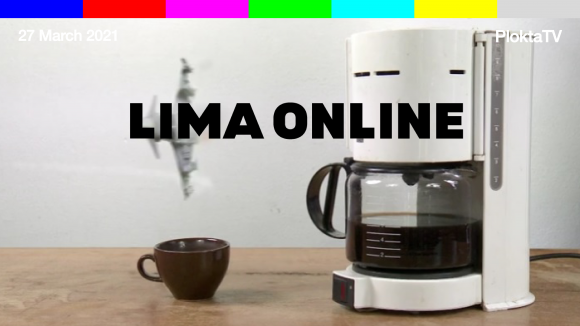 This program is part of LIMA Online, an online platform dedicated to lectures, art works and current debate, where artists and the public are invited to engage in dialogue.
For more information click here.

Chip Lord, one of the founders of Ant Farm, will join the event and engage in conversation with LIMA’s curator Sanneke Huisman and Plokta-initiator Jurian Strik about how we are watching television - and how television is watching us.

Technology is good at hiding. We have always lived with technologies. Bricks. Postal codes. Horsepower. Microwaves. Television sets. The moment they are part of our lives, they disappear from view. Now technology is better than ever at hiding: beneath friendly interfaces, behind high walls, between the lines of the terms and conditions… in the palm of your hand.

Media artists are good at showing. They use technologies, alter them, critically reflect on them. Since the introduction of the video camera, media artists have shown us the possibilities and dangers of technologies in all its visible and invisible forms.

On Saturday, March 27, LIMA and PloktaTV will join forces to unravel the relationship between people and technologies by diving deep into the notion of television. Selected works from the LIMA collection will shed different lights on the place of this illuminated picture tube in our society. They will show the television as the ritualistic cornerstone of a modern society, but also as an object to fight, destroy or hack.

About PloktaTV
Plokta is a thematic film festival, centred on the relationship between people and technologies. Plokta returns from March 22 till March 28 as a streaming event for those exhausted by streaming. Linear TV for a generation that already killed off linear TV. Broadcasting for a post-broadcasting world. From cathodes to pixels, channel-hopping to binge-watching, ratings to clicks – television has changed, and not only for the better. PloktaTV is connecting a past era of network broadcasting with a future beyond this media-saturated present.

Project
LIMA Online is an online platform dedicated to lectures, art works and current debate, where artists and the public are...