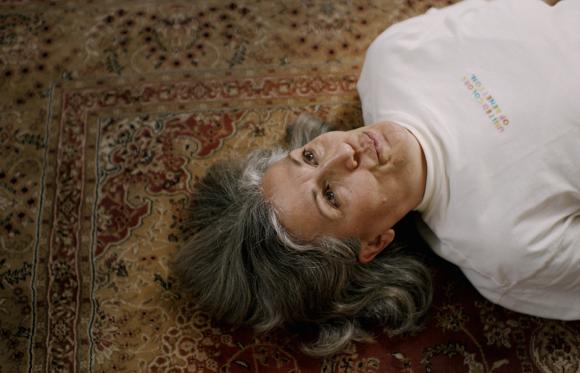 A screening event with works by Jumana Manna, Morgan Quaintance and Hardeep Pandhal.
Curated by Shama Khanna with a response shared by The White Pube.

Somehow it’s possible, from positions of structural adversity, to manifest pleasure with powerful intent. Struggle can be mobilised in trying to get at both of these things at once. Through the ritualistic, the celebratory and the disobedient, these three works create space for indeterminacy, and unexpected or disallowed forms and practices of resistance which help to destroy the drastically advanced regression that works in and on and through us.

Jumana Manna's 'A Magical Substance Flows Into Me' (2015) is a portrait of Palestinian and Mizrahi (Eastern Jewish) music cultures in and around Jerusalem, made in response to German Jewish ethnomusicologist Robert Lachman’s researches into ‘Oriental Music’ during the 1930s. In Manna’s words, ‘When a true fascination for history meets the sounds of the rababa, the saz, the oud and tin cans, a cultural diversity emerges that subverts the distinction between "Arab" and "Jewish". Morgan Quaintance's new video work 'Another Decade' (2018) threads together archival footage from the 1990s of artists of colour speaking out about how internationalism misses the point of their work and perpetuates racism. The montage Quaintance creates of visceral, rhythmic and feeling performances for video, re-visits these works on their own terms - working towards ‘centring the other’. ‘Self-Loathing Flashmob’ (2018) by Hardeep Pandhal is a discordant, spasming tableaux depicting the violent experiences of assimilation, colonially inspired racism and intellectual ambush as both a second generation British Sikh raised in the industrial West Midlands city of Birmingham and as part of a generation of millennials trying to find solid, uncynical ground to protest their rights collectively against a willfully indifferent horizon of neo-liberal realism.

Jumana Manna is a Palestinian artist working primarily with film and sculpture. Her work explores how power is articulated through relationships, often focusing on the body and materiality in relation to narratives of nationalism, and histories of place. Manna received a BFA from the National Academy of Arts in Oslo (KHiO), and an MA in Aesthetics and Politics from California Institute of the Arts. In 2012, she was awarded the A.M. Qattan Foundation’s Young Palestinian Artist Award (first prize). She has participated in various international exhibitions, biennials and film festivals.

Hardeep Pandhal lives and works in Glasgow and graduated from Glasgow School of Art in 2013. Recent solo exhibitions include: Konfessions of a Klabautermann, Berwick Film and Media Arts Festival (2017); A Nightmare on BAME Street, Eastside Projects, Birmingham (2017); Hobson-Jobson, Collective, Edinburgh (2015); Plebeian Archive, David Dale Gallery, Glasgow  (2015);  A Neck or Nothing Man!, Comar, The Isle of Mull (2015); A Joyous Thing with Maggots at the Centre, Castlefield Gallery, Manchester (2014).

Morgan Quaintance is a London-based writer, musician, broadcaster and curator. Born in South London, he is a regular contributor to Art Monthly, and has written for The Guardian, The Wire, Art Review, Frieze, Rhizome.org, and a number of curatorial sites and blogs. He is a contributing editor for E-Flux’s online publishing portal Art Agenda, is a founding member of the curatorial collective DAM PROJECTS, and was the 2015/16 curatorial fellow at Cubitt Gallery, London. As a presenter he has worked with the BBC, Channel Four, Artfund, the Royal Opera House, National Theatre and Roundhouse, and is also the producer of Studio Visit, a monthly hour-long interviews-based programme, broadcast on Resonance 104.4 FM, featuring international contemporary artists as guests.

The White Pube is the collaborative identity of Gabrielle de la Puente and Zarina Muhammad under which they write criticism and sometimes curate. It is based at thewhitepube.com and on Instagram and Twitter as @thewhitepube. The duo publish a new text every Sunday in the form of exhibition reviews and occasionally baby essays or podcasts, working from their respective cities of London and Liverpool.

Shama Khanna is an independent curator, writer and educator based in London. Since 2013 she has curated Flatness (flatness.eu), a multi-format research and commissioning project engaging in ideas around the screen-based image and culture after the internet. She teaches at Kingston University and University of the Arts, London and co-edits the publication A-or-ist with 7 other writers. Recent articles have been published in NANG, Art Monthly and The White Review. She is a Trustee of not/no.w.here cooperative.

With thanks to Dan Walwin for helping to make the series happen in the Netherlands.

Dark Cinema is the first of three Non-linear screenings curated by Shama Khanna in collaboration with LIMA. Previous...