We are delighted to team up with the new filmclub Canal++ and ReCNTR (Leiden University) for the screening of Constant by Beny Wagner and Sasha Litvintseva next to works from the LIMA collection!

The selected screenings will reflect on the theme of (the standardisation of) measurement.

The screenings will be followed by a Q&A with the artists. The evening will conclude with the opportunity to catch up at LAB111’s cafe in attendance of the curators and the artists.

About Constant (2022) by Sasha Litvintseva and Beny Wagner, 2
Constant, (2022) is a journey through the social and political histories of measurement. For most of recorded history, the human body was the measure of all things. Constant asks: what led measurement to depart from the body and become a science unto itself?” The film explores three shifts in the history of measurement standardisation, from the land surveying that drove Early Modern European land privatisation, to the French Revolution that drove the Metric Revolution, to the conceptual dematerialisation of measurement in the contemporary era of Big Science. 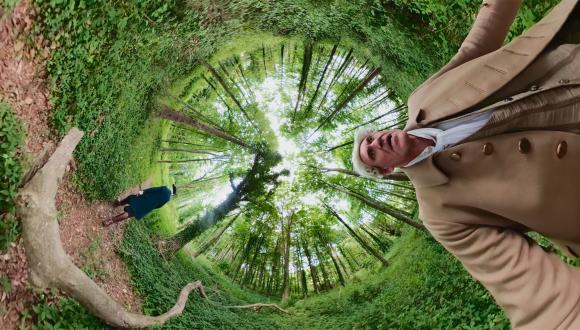 About ReCNTR
ReCNTR is a new interdisciplinary research centre dedicated to the advancement of multimodal and audiovisual research methods in the social sciences and humanities at Leiden University, which launched in March this year. ReCNTR will be hosting a talk by Litvintseva and Wagner in den Haag on 24 November.

About Canal++
Canal++ is an Amsterdam-based filmclub founded by Rachael Rakes and Julian Ross.

This event is made possible by the generous support of the AFK.
Beny Wagner and Sasha Litvintseva are currently at IMPAKT [Centre for Media Culture] in Utrecht as residents artists as part of for the European Media Art Platform residency programme.

LIMA Presents: Representation, Gender and the Body // SOLD OUT

During the course of this evening LIMA presents works from its distribution collection as well as works by Sin Wai Kin, Molly Soda and Lena Kuzmich on the theme of representation, gender and the body.

LIMA is proud to present new works in the collection!