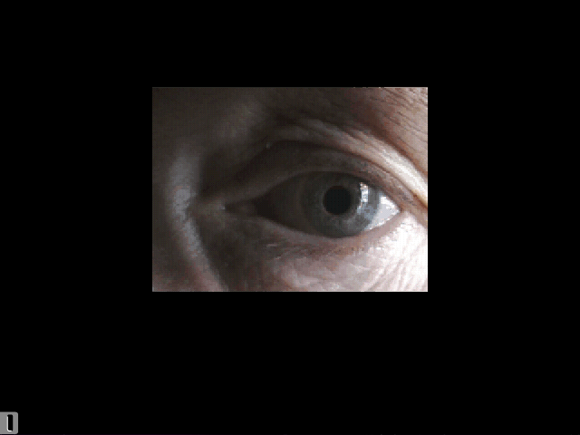 LIMA has currently settled a procedure for archiving and preserving its collection of interactive CD-ROM artworks and emulated the majority of CD-ROMs works of the LIMA collection.

The main work that has been researched by LIMA in the collection, and holding a central position in this preservation plan, is Stansfield and Hooykaas’ first interactive work on CD-ROM realized at the Artlab of Montevideo/TBA in 1998, « Person to Person ». This work is structured like a travelogue where the user, or player enters the desolate landscape of Iceland. In the different chapters of the story, the player can encounter the artists while they are busy filming or he may examine further details, take pictures and gather them in an 'album'. On the disk are also stored various fairy tales and contemplative images that the player can organize and merge in different ways.

CD-ROM artworks works face significant threats in terms of longevity and permanent access. The CD medium itself is unstable, often not standing the test of time. The medium as a physical carrier is in the early stages of obsolescence, more and more personal computers do not come equipped with optical media drives and the software contained on the media is often completely obsolete and will not function on contemporary operating systems.

In order to allow a sustainable access to these increasingly obsolete multimedia works, and to be able to preserve the CD-ROM physical carriers from the risks of handling and playing, the works have been captured and stored on the LIMA servers as disk images (virtual disks) so they can be run under an emulated environment which makes the interactiviy with these artworks possible. In this way the look of these artworks when displayed on newer computers, can remain the closest possible to what they were originally conceived for in the technological context of the 1990s.

Please contact LIMA to get more information on the preservation procedure or access to the full report of the Person to Person case study by Alex Michaan.

Case study
As part of the of the Digitising Contemporary Art project, LIMA has digitised the media art collection of the artist...

LIMA is among the global pioneers in the field, offering knowledge and supporting artists, museums, producers,...
http://www.li-ma.nl/dev/catalogue/art/stansfield-hooykaas/person-to-person/6073