How to Ask the Right Questions for the Acquisition, Documentation, Long-term Storage and Presentation of Software-Based Artworks

The second day of the Transformation Digital Art Symposium 2019, at LIMA was a kernel of significant questions for software-based artworks which were under the microscope of experts and artists. The digital era is at a heyday and art is an indisputable and nodal point of reference therein. Inevitable and crucial questions raised in regards to software-based artworks. Queries which stand as the harbinger that signals the potency of the digital art, as well as the necessity to take actions that will attain the acquisition, documentation, long- term storage and presentation. Yet, how can we ask the right questions relevant to the aforementioned practices?

Gabriel Lester is an artist, filmmaker, and teacher at the Fine Arts Department of the Sandberg Institute in Amsterdam and at the Master Course of the Gerrit Rietveld Academie. Installations, performances, and films are the core of artworks by Lester. Looking back in time, he recalls the filming crew capturing his father during his performance as a street artist. The pre-digital era appears to be decisive and inspiring for his artwork for the years to follow. The combination of photography and sound recordings, as well as the use of tape as an instrument, becomes a wondrous artistic reference. In 1999 neighbor’s television offers inspiration to Lester for his first artwork. Just by the light reflections and sound, he detects the same channel and he realizes that “if you have the sound and light, the image is not necessary”. Subsequently, he creates an astonishing and phenomenal artwork How to Act (1999 – 2017). It is an installation full of colored lights and filters, sounds and music, MIDI controller and wooden beams. An artwork, known as film, as well, which has as a starting point the projection of the TV or a program and not the image itself. According to the artist, “How to Act uses its triggers to create for the viewer a moment of interior exploration and contemplation.” The certain artwork is an allusion not only for the past but also and more importantly for the present, where the digital imprint is at zenith and art makes a strong statement within its framework. In 2016 Gabriel Lester creates Bermuda, another essential artwork that includes mixed media, light, wood, glass, while the artist cooperates with Robertas Narkus, Lisa Rosenblatt, Freek Wambacq. Illuminated panels, objects, sounds, door handles, call the spectator to engage with this uncanny and magnetic interface. Bermuda has the potency to create a fluency to the objects, following Lester’s thoughts, and invite the viewer to associate with space. This is thought-provoking; space and art work. Is the artwork engulfing the space or the other way around? Just like the communicating vessels, they embrace each other or is there any compromise? These are questions to go one step further into the conversation for the acquisition, documentation, long-term storage and presentation of software-based artworks. 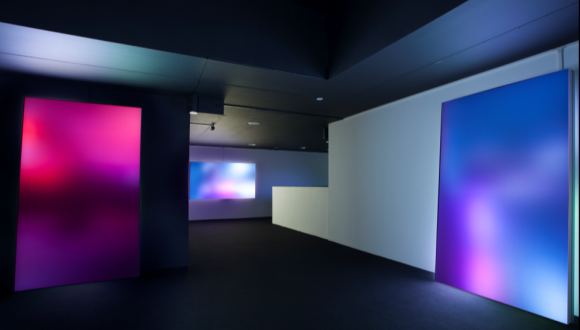 Gabriel Lester, Alarm in the Universe, 2015. On view at Centraal Museum Utrecht.

From the Centraal Museum Utrecht, the expert and curator, Marije Verduijn, shares the experience and triggers the conversation in the endeavor to ask the right questions acquisition, documentation, long-term storage and presentation of software-based artworks. The Centraal Museum in Utrecht has 180 years of collections. The team efforts constantly to improve and create a new categories’ system in order to answer the new questions. Verduijn gives the example of Pipilotti Rist, and the artwork Expecting in 2001, a case that eminently discerns on the approaches of a museum and its space adjustment. As she elaborates further, the museum after explicit examination and insightful attention, gave life to the work in 2014-2017 by positioning it to the chapel and that is the entrance. In other words and following the above scheme, keeping the work real is of essential importance.

Diving more into the conversation on How to Ask the Right Questions for the Acquisition, Documentation, Long-term Storage and Presentation of Software-Based Artworks, there are methods that the institutions follow in order to be able to exhibit the artwork, but also to bring it back at a later chronically stage: scripts, files, instructions and drawings, certification, and of course reordered interviews with the artists. Furthermore, the aforementioned tactics are notable if we consider that future installations will be different as they will adjust to the space. When an object becomes a part of a collection, the artist can join, but also each work has a limit of integrity and in case that this is lost at some point, then the object loses a part of itself. As such, asking the right questions and taking actions to record and file documentation and the artist’s approach is vital. Gaby Wijers highlighted the borders of integrity, a point that Gabriel Lester, also mentioned. He stated that “inspiration exists, but an idea defines its own integrity and you can feel it when it is violated.” The preservation and the exhibition of an artwork is within a certain space needs to be under close examination as the object has to keep its identity.

Thus, How to Ask the Right Questions for the Acquisition, Documentation, Long-term Storage and Presentation of Software-Based Artworks; engage with the artwork, communicate with the artist, is at a constant dialogue, feel the space (physical and digital) and look back at the institution’s sources. In order to preserve for the future generations, we just need to keep up questioning and never rest on any laurels. 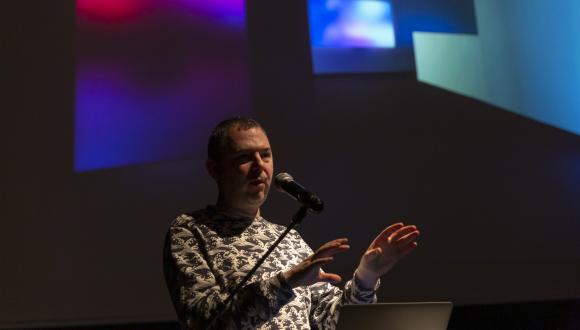 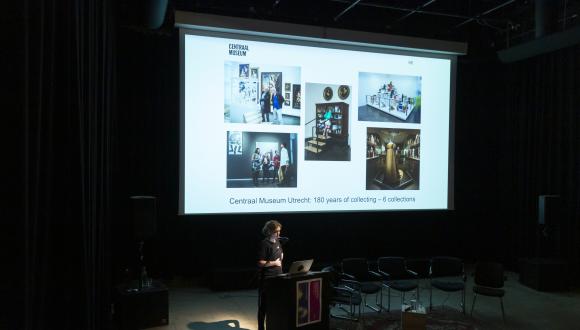 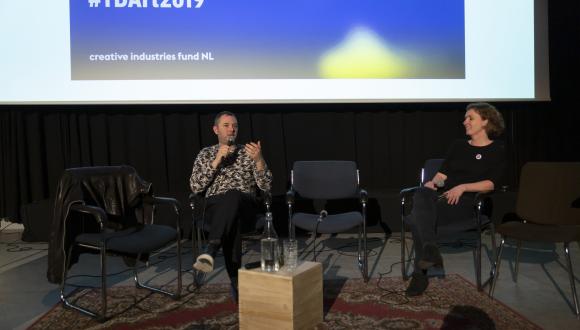