PART II: Conversation on Conservation. JODI: Presenting and Preserving the Digital in Museums

Artist duo JODI, or jodi.org, were among the first artists to investigate and subvert conventions of the Internet, computer programs, and video art and computer games. In 2016 the Stedelijk Museum Amsterdam bought GeoGoo_GIcon (2015), a digital video screengrab of the website GeoGoo.net by JODI. The central question in the conversation on conservation between artist Joan Heemskerk and curator time-based media Karen Archey was: How are digital artworks like this acquired, presented, documented and preserved within a museum context?

Joan Heemskerk started with a timeline of the artworks created by JODI beginning with the 1990s where they focused on making net art and websites. The presentation of the artworks at this point in time focused on the physical experience of the audience by recreating the space of the computer as it appears in a private dwelling. In terms of preservation, Heemskerk compared software-based art to performance art, claiming that there is this unknowability of the future and the changes that the artwork will undergo due to its ephemerality and ever-changing hardware and viewing platforms: “You never know if it will be the same in 20 years”. Heemskerk then discussed JODI’s work during the 2000s, where the creation of game, video and software artworks became the new focus for the duo. Artworks were presented through the act of playing and preserved for the future by the artists themselves through the use of emulators like SheepShaver. During this time, there was not so much interest in the acquisition of JODI’s works because the lack of awareness of software-based creations as worthy of the art market. The duo resorted to overseeing their own preservation of their works: “We are the owner, we are preserving it”. Next, Heemskerk discussed GeoGoo.net, an artwork based on Google Maps, which JODI created in 1999. Presentation of this artwork is problematic, due to it being based on a business model that is in constant change. At this point, Heemskerk touched on Google’s business initiative to capitalise on Google Maps users and how it is costing JODI money to keep GeoGoo.net running. She mentioned a good way to preserve such works without artists having to financially maintain their own creations (also at the risk of them being reconstructed via public use) is for institutions to get involved in acquiring them. In 2016 the Stedelijk Museum bought GeoGoo_Glcon (2015), a digital video screengrab of the website. JODI’s wifi4garden.com is currently exhibited by the Stedelijk, This artwork was the object of some performances and was presented various locations, such as parks, where it tracked behavioural data: “People don’t look for wifi anymore because they use 4G [instead] the wifi is looking for your phone”. 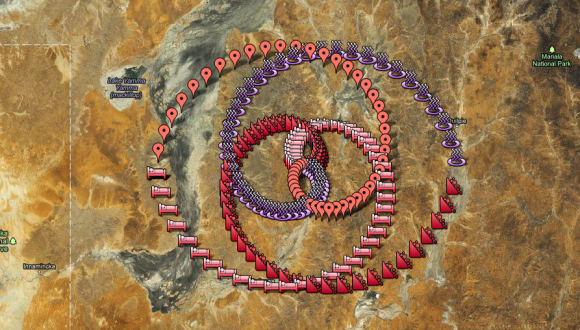 In a dialogue with between Heemskerk and Archey, long-term conservational and institutional approaches for software-based art implemented by institutions were discussed. When Archey inquired about how JODI has archived their work, Heemskerk stated that they do all of the conservation themselves, constantly updating hardware and software through migration and emulation, they hold nearly all versions of their work. The artworks and software created by JODI thirty years ago are still functional. It was made on Windows and Mac. Windows was more consistent in preserving software for the future use whereas with Mac they have to run an emulator due of the companies’ constant OS updates, which has proven to be frustrating for software artists because as Heemskerk claimed: “As an artist you are dependent on the Silicon Valley business.”

When talking about the acquisition of software – and web based artworks, Heemskerk shares the disappointment that so little of these works are being collected by institutions. Archey shared her disappointment, that so little knowledge and experience about the conservation of software – and web based artworks is available in museums. Thinking about the conservation capacity of the museum, Archey didn’t foresee the capability preserve the specific hardware for the duration of time that museums are required to look forward to. In conclusion the discussion between artist and curator lays bare the problematics of not only creating and exhibiting software and web based artworks but especially that of long term institutional preservation and the museum’s inability to guarantee a lifespan of 100 or even maybe 800 years for these works. 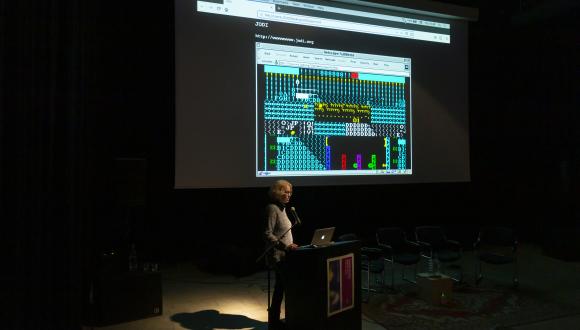 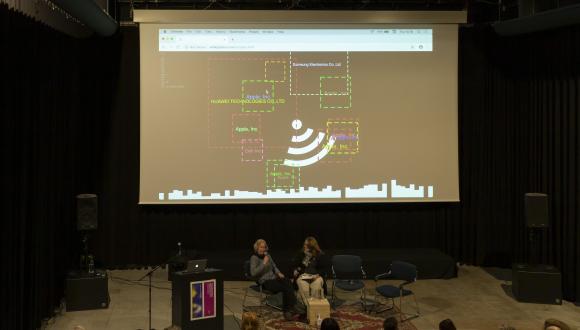