LIMA is proud to present the new AV performance As Above, So Below (2019) by Mark IJzerman (live visuals) & Sébastien Robert (live sound), the presentation of Zeno van den Broek’s research proposal for Forming Folds (2020) and recent videos of Zeno van den Broek and Nan Wang. Performance, talks and works will be presented in Cinema 1 of LAB111 with the artists present on Thursday December 12.

Mark IJzerman (live visuals) & Sébastien Robert (live sound) - As Above, So Below (NL, 2019). Live AV performance.
As Above, So Below brings together Mark IJzerman's different ways of visualising and Sébastien Robert's sonic explorations of the La Araucanía region in south-central Chile. As Above, So Below specifically focuses on the shrinking amount of old-growth forest and biodiversity versus the increase in eucalyptus and pine plantations in La Araucanía, in which the indigenous Mapuche are about a third of the total population. Mapuche activists have allegedly been burning crops, blocking roads and setting forests ablaze in an attack
on the big corporations that have taken over their ancestral lands in the last 50 years. The activists claim that the logging industry's introduction of water-hungry pine and eucalyptus trees since the 1980's has damaged the ecosystem, as well as hurting local agriculture by reducing the supply of available water. This has lead to a decreasing amount of jobs and thus local poverty. While forests in Chile are increasing, these are mostly genetically engineered trees meant for the timber industry, with forests specifically grown for paper manufacturing and timber. Co-produced by LIMA.

As Above, So Below (teaser) from Mark IJzerman on Vimeo.

Zeno van den Broek – Forming Folds (NL, 2020) work in progress
Lecture on the making of Forming folds. An audiovisual installation focused on researching and expressing the relation between the digital and our spatial perception: the digital layer of visible and invisible mechanisms has a strong influence on our daily perception of time and space. The digital allows us to expand our perception and knowledge far beyond the human, towards a new form of post human sensibility in which space and time collapse. Co-produced by LIMA.

Zeno van den Broek – Entrop (NL, 2019, 6min) video
Entrop draws inspiration from the pre-film animation device called the cylindrical zoetrope: a spinning cylinder containing a sequence of images or three dimensional objects resulting in the illusion of motion. Entrop is based on a virtual three dimensional version of such a zoetrope, using digital means to go beyond the traditional physical relation of energy and movement. The work explores the tension between various forces and spatial perception in sound and moving image: energy is being fed into a system, resulting in movement and centrifugal forces. 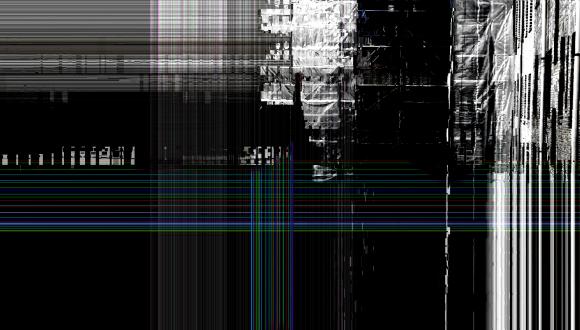 Nan Wang - A Sense Of Place (NL, 2019, 8min) video
A Sense Of Place is a short film made with scanned images of transparent adhesive sticky tape. The traces, marks, and imprints left on the tape were scanned and animated into a noisy moving image, overlaying with slow-motion footage from a platform from a train station.  Music: Michel Banabila 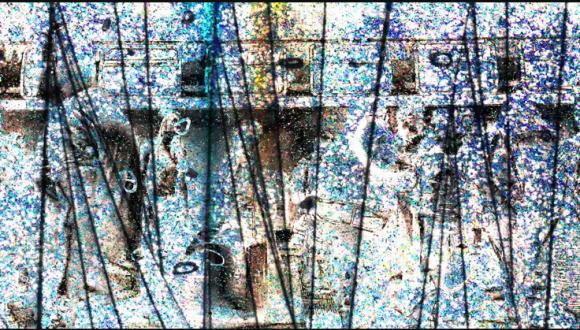 Supported by the Amsterdam Fund for the Arts, Creative Industries Fund NL and the Mondrian Fund. Made possible by Crossing Parallels and Valley of the Possible.